In the follow-up to her first book, Avalanche of Spirits: The Ghosts of Wellington, Paranormal Underground Radio's Karen Frazier picks up where Avalanche left off. Here, she shares her ongoing story at Wellington, the site of the worst avalanche disaster in the history of the United States. In 2009, Karen visited Wellington for the first time. Her experiences there changed her from a skeptic to a believer in ghosts. She chronicled her experience from skepticism to belief in Avalanche of Spirits.

Even as a child, Karen found herself drawn to topics of the soul. Throughout her adulthood, she's sought answers to a single question: "Does consciousness survive death?"

In Dancing with the Afterlife: A Paranormal Memoir Karen shares the experiences she's had that first spurred her curiosity, and later led her search.

Touching on topics including ghosts, reincarnation, life between lives, psychic ability, and near-death experiences, Karen shares how her time as a paranormal investigator and afterlife researcher has led her to the inescapable conclusion that consciousness does, indeed, survive bodily death.
Order 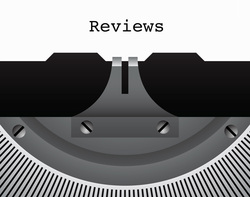 "I've had the good fortune to read this work and found it totally engrossing. The journey Ms. Frazier takes us on is a timeless and beautiful one, and so important in this day and age. It flows like water and touches the soul."

"Karen's book is more than just another paranormal book. Karen takes you on a journey of her own spiritual awakening. Great read."